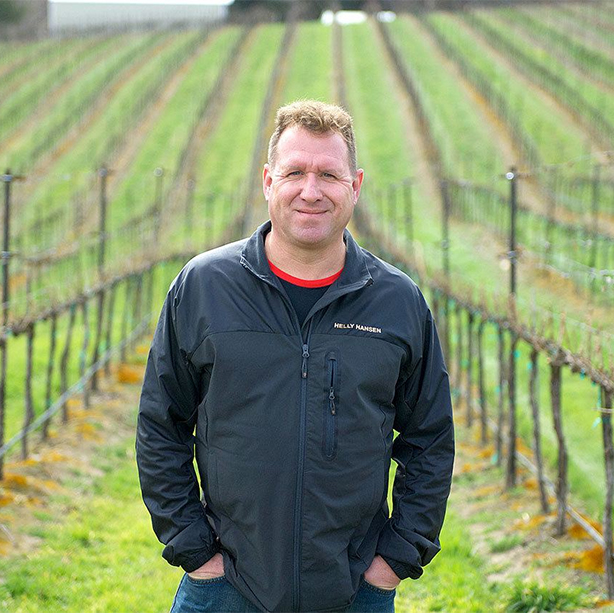 Barons Winery is privileged to have hired Bill Murray as winemaker, in January 2018. Bill brings the full spectrum of practical experience to his craft, with twenty years of making top-tier Bordeaux varieties and Chardonnay, in Washington, Idaho, and Napa, CA. Bill oversees all aspects of winemaking and grower relations for the winery.

Bill has been the Winemaker at Canoe Ridge Vineyards, Walla Walla, WA, for the last seven years; and Director of Winemaking at Sawtooth Winery, Nampa, ID, since 2009. Prior to taking the position with Sawtooth Winery, Bill was the associate winemaker at Bouchaine Vineyard in Carneros and Napa, CA. Bill joined Bouchaine in 2003, continuing his work with then GM and winemaker, Michael Richmond. Bill had worked with Richmond at Acacia Vineyards since 1990 where they worked largely with Bordeaux blends. Bill recalls Michael saying: “Winemakers are not artists; winemaking is a craft.”

Bill has been honing his craft since the mid-1980’s when his passion for wine was ignited while living in Spain, following four years in the US Coast Guard. Upon his return to his roots in Napa CA, Bill enrolled in the Napa Junior College Viticulture program, and jumped in as harvest help at Buena Vista Winery. Bill brings the full spectrum of practical experience to his craft, and to Barons Winery. When he isn’t at the winery, you’ll find him cycling, swimming and enjoying food and wine with friends across the Northwest.